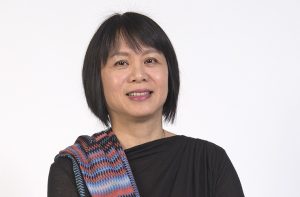 Immigrating to the U.S. in her early twenties, Taiwanese-American composer Shih-Hui Chen is fascinated by the narratives at the intersection of identity, culture, and tradition. In her works, she seeks to cross boundaries between music and society, between the music of distinct cultures, and between music and other art forms. These influences inform her creative works. For example, her current project, A Map of Belongings, is a three-part musical piece exploring how community-based, Asian diasporic arts create and foster the relationships necessary for the setting down of new roots.

Seeking a more in-depth understanding of the music and cultures of her native Taiwan, Chen spent two years studying indigenous and nanguan music in Taiwan, in affiliation with the Institute of Ethnology, Academia Sinica, and the works that grew from this study synthesize a variety of musical genres. They include Withholding the Umbrella for Chinese Orchestra, inspired by Taiwanese nanguan music and commissioned by the Taiwan Institute; Returning Souls: Four Short pieces on Three Formosan Amis Legends, music she composed for a documentary by anthropological filmmaker Taili Hu; and Echoes from Within: A Musical Response to Cy Twombly, a 45-minute site-specific work for sheng, double bass and electronics, commissioned by The Menil Collection in collaboration with composer Kurt Stallmann.

Shih-Hui Chen currently serves on the Performing Arts and Culture committee at the Asia Society Texas Center and is on faculty at the Shepherd School of Music, Rice University. She has worked with Philadelphia Orchestra, Cleveland Symphony Orchestra, Utah Symphony and National Taiwan Symphony Orchestra. Recognition of her work has come from institutions including American Academy in Rome, Guggenheim Memorial Foundation, Fulbright Scholar Program, Chamber Music America, and American Academy of Arts and Letters. Her music can be heard on Albany Records, New World Records, and Bridge Records. shihhuichen.com