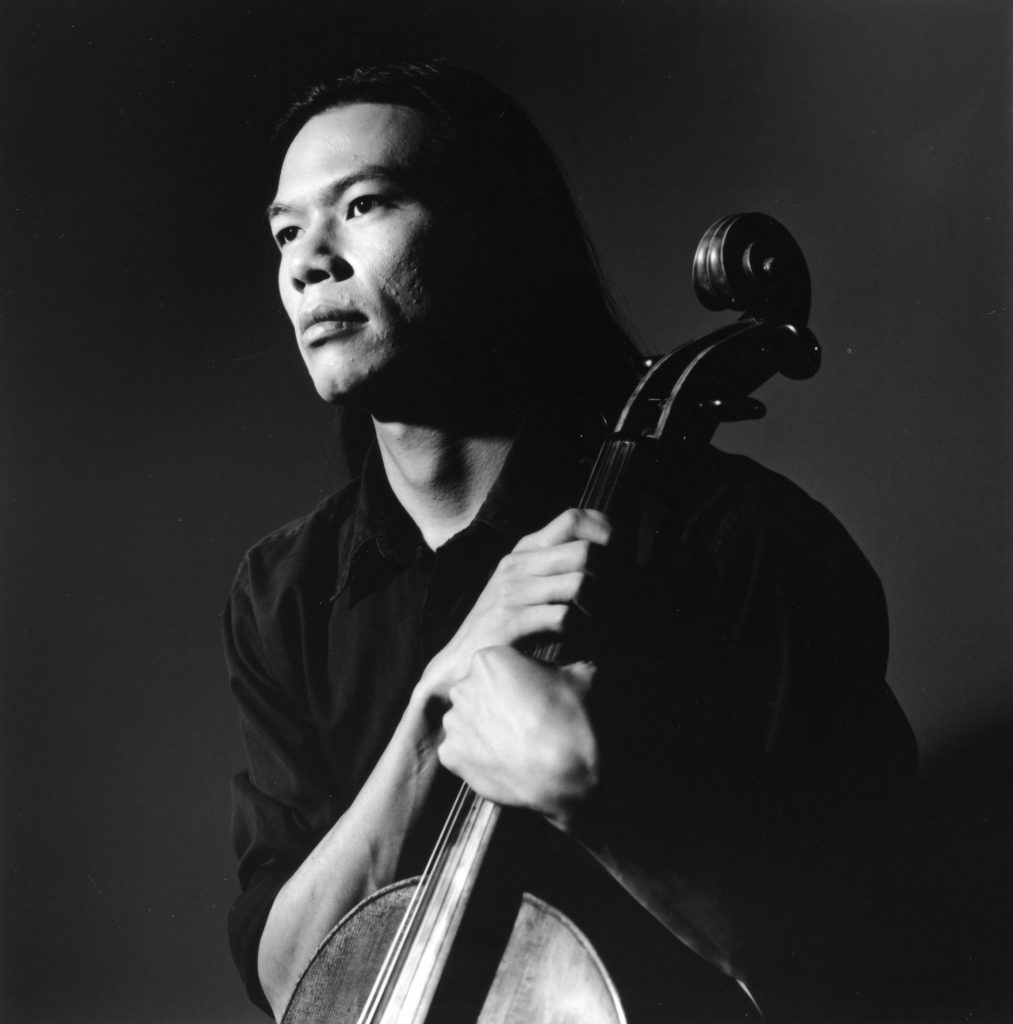 Felix Fan, is a rare talent in the world of contemporary music. Described by Gramophone as “particularly sublime”, he is one of the most acclaimed, renowned, and respected cellists performing today. As a soloist, collaborative artist and advocate for new music, Felix is admired for his technically refined interpretations and independent spirit, working with diverse and contemporary composers including Philip Glass, Michael Gordon, Hans Werner Henze, Oliver Knussen, David Lang, Meredith Monk, Steve Reich, Terry Riley, Kaija Saariaho, Tan Dun, Julia Wolfe and Charles Wuorinen.

Felix continues to collaborate with the most cutting-edge composers and instrumentalists, “navigating the structural complexities and layers of shifting tempo with flair” (New York Times). A strong advocate for the creation and commissioning of new music, Felix has premiered over 100 works and dozens of recordings in his career. On the world stage, he has appeared at Carnegie Hall, The Kennedy Center, Lincoln Center, Musikverein and the Royal Festival Hall and as a soloist with orchestras including the Hong Kong Philharmonic, National Symphony (Taiwan), and the Munich Chamber Orchestra.

As a member of Flux Quartet, Felix pushes the boundaries of contemporary music, embracing the avant garde and interpreting the innovative styles of emerging composers and artists. Flux has been featured onscreen and in soundtracks for acclaimed director Matthew Barney and collaborated with esteemed choreographers Pam Tanowitz, Shen Wei and Christopher Wheeldon.  Before Flux, he enjoyed touring with the Bang on a Can Allstars for several years.

Beyond the world of contemporary music, Felix believes in the power of collaboration between musicians, filmmakers, actors and artists.  In this capacity, he worked with director Charlie Kaufman and the Coen Brothers on a live radio play featuring Meryl Streep, Philip Seymour Hoffman and Steve Buschemi. He has also performed with members of Sonic Youth, Wilco and The National.